Xiaolan Fu (傅晓岚) is the Founding Director of the Technology and Management Centre for Development (TMCD), Professor of Technology and International Development and Fellow of Green Templeton College. She was appointed by the Secretary-General of the United Nations to the Ten-Member High Level Advisory Group of the UN Technology Facilitation Mechanism and to the Governing Council of the UN's Technology Bank for Least Developed Countries. She is also a member of the UN SDSN Leadership Council led by Jeffrey Sachs and a member of the Adivisory Board of UNU-MERIT.

Her research interests include innovation, technology and industrialisation; trade, foreign direct investment and economic development; emerging Asian economies; innovation and productivity in UK/US. She has published extensively in leading international journals independently or in collaboration with others. Her recent books include Innovation under the Radar (forthcoming), China's Path to Innovation, China’s Role in Global Economic Recovery and The Rise of Technological Power in the South. She is Editor-in-Chief of Journal of Chinese Economic and Business Studies, and serves on the Editorial Boards of Industrial and Corporate Change, International Journal of Technology Management, and four other international journals.

She has been consultant for UNDESA, UNCTAD, UNIDO, the World Bank, OECD, European Commission, ILO, the Commonwealth Secretariat, UKTI and the Chinese government. Prof Fu serves on the Advisory Expert Group of the OECD Global Investment Forum and the DFID/ESRC Economic Growth Directorate (DEGP), and is President of the Chinese Economic Association (Europe) and CEA (UK) in 2010-11. She currently serves on the Management Committee of the University of Oxford China Centre. She is also a Senior Research Associate at the University of Cambridge and University of Tsinghua, and a Visiting Professor at Fudan University. As a leading China expert, she has participated in various interviews and panel discussions on main stream media including BBC, Sky News, CCTV, CGTN, People's Daily, and China Daily. In 2014 she was invited to address the UN General Assembly on ‘Science, technology and innovation in developing countries’.

Prof Fu came to Oxford from the University of Cambridge, where she was a Senior Research Fellow. Before coming to the UK, she had five years’ work experience in the business sector in China before embarking on her academic career.

Fu, X. and Ghauri, P. (2020), Trade in Intangibles and the Global Trade Imbalance. The World Economy.

Fu, Xiaolan (with H Xiong, J Li and Henry Chesbrough) (2014) 'Open innovation as a response to constrains and risks and the moderating role of ownership', Asian Economic Papers 13 (3) 30-58

Fu, Xiaolan (2012) ‘Managerial knowledge spillovers from FDI through the diffusion of management practices’, Journal of Management Studies, v49, no 5, 970-999.

Fu, Xiaolan (with Pietrobelli, and Soete) (2011), ‘The role of foreign technology and indigenous innovation in emerging economies: technological change and catch-up’, World Development, v39, no 7, 1203-1212. 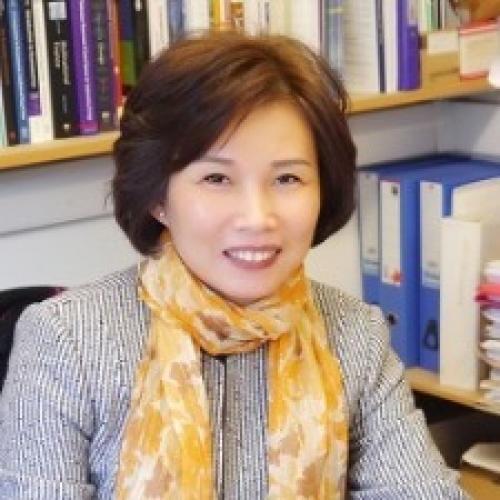